Rising Powers and a Gulf Order in Flux

A transition in the international order has long been anticipated, with the BRICs representing the ‘rise of the rest,’ and the closing gap in relative power has indicated that the unipolar moment was just that: a moment.  This is not to argue that the US is in decline, but instead recognizes that others are catching up, far faster than anticipated.  After a year of the Trump administration, the US vision of global leadership is unclear, but the perception of a reduced American role gives space for these rising powers to carve out their own larger role.  While no other power presents a plausible candidate as a competing hegemon, we are seeing a less centered order emerge, with regional powers becoming more assertive in their own neighborhoods, leading to a greater likelihood of regional competitions.

A changing global order has the potential to disturb regional orders, and this is particularly acute in the Persian Gulf.  The Gulf Cooperation Council states – Bahrain, Kuwait, Oman, Qatar, Saudi Arabia, and the United Arab Emirates (UAE) – are deeply embedded in Pax Americana, with security partnerships with the US underwriting their security.  On the north side of the Gulf, Iran represents a competing vision of regional order. Five of the six Gulf monarchies – Saudi Arabia is the exception – host US military bases, a deterrent which contributes to maintaining the regional status quo.  The GCC, led by Saudi Arabia and the UAE, have actively balanced against Iranian attempts to expand its power and influence throughout the Middle East, resulting in a series of proxy wars that have been described as a new Middle East cold war. A less active US role in managing these tensions could result in this cold war turning hot.

The implications of a changing Gulf order reach far beyond the immediate region.  The Gulf’s engagement in Pax Americana has resulted in a period in which several extra-regional states have been able to pursue deeper relationships in the Gulf, primarily with the GCC states.  Their importance in global energy markets, as opportunities for and sources of foreign direct investment, and opportunities for construction, infrastructure, and labor contracts have all contributed to a growing number of countries that have deep economic interests in the Gulf.  A stable GCC is therefore in the interests of a great many rising powers.  That the US military has protected their citizens and assets under their Gulf security umbrella has allowed these states to expand their regional presence without a corresponding security commitment in the region. 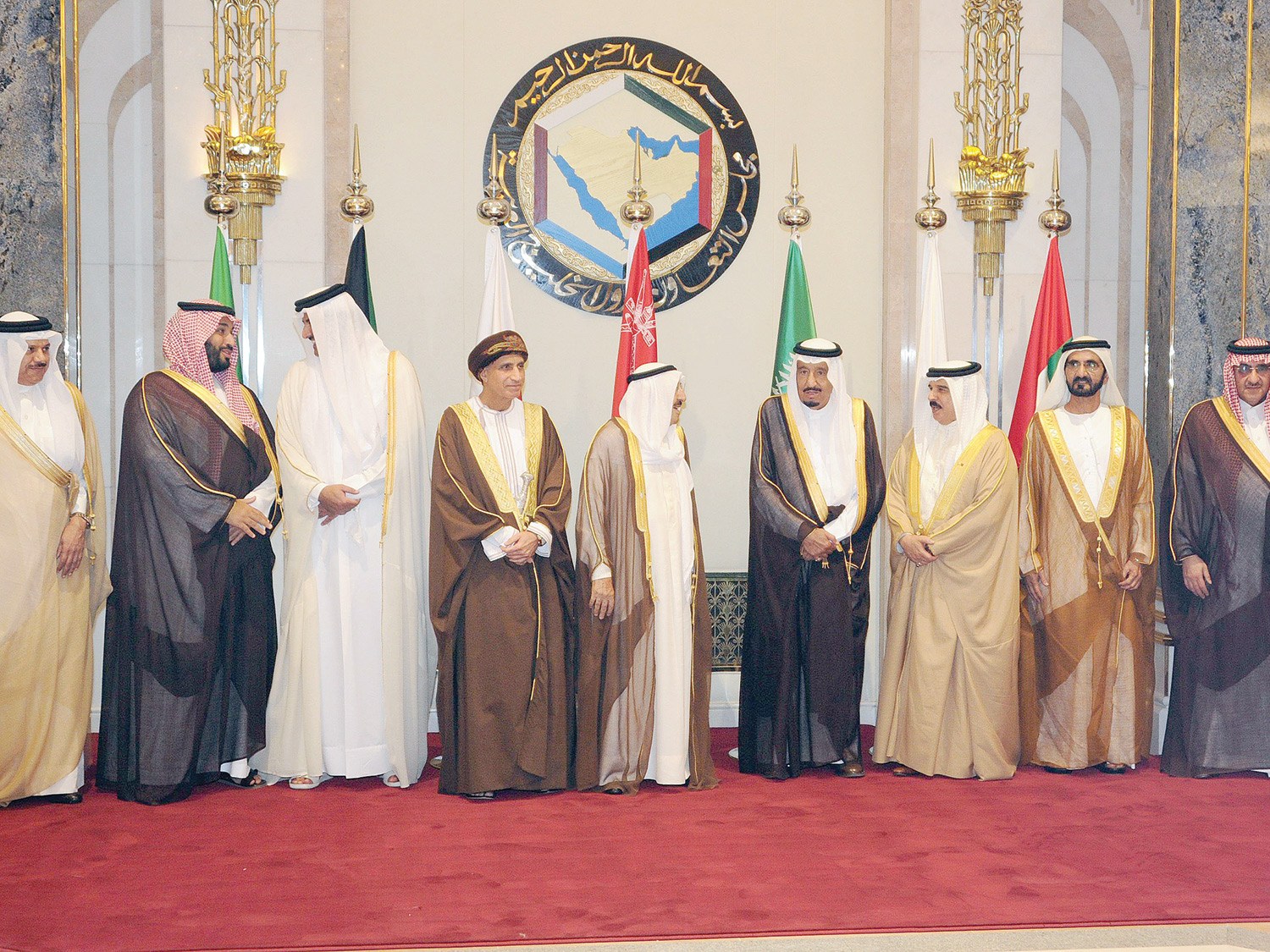 In Washington, this was seen as free-riding, especially in the case of China; energy imports https://risingpowersproject.com/files/from the gulf fueled much of china’s recent development, yet us leaders believe that it contributes little in the way of global public goods.  it is not only external powers accused of free riding, however; President Obama gave an interview in 2015 in which he described the Gulf monarchies as free riders as well.  This charge was angrily countered in an op-ed by Prince Turki bin Faisal describing Saudi Arabia’s contributions to anti-terrorism initiatives.

To understand extra-regional powers’ approaches to the Gulf, strategic hedging provides a more useful way of analyzing their objectives.  Free riding assumes an aversion to contributing to a public good out of opportunism.  Hedging assumes that this free-riding behavior is a strategic choice made because of power dynamics within a system’s structure.  In a region dominated by a hegemonic power, balancing comes with a cost; it may be perceived as confrontational by the dominant power, or may alienate another regional actor.  Hedging gives the less powerful state an opportunity to increase its economic and diplomatic presence throughout a region with minimal material or reputational costs.  In the Gulf, several states – including but not limited to China, India, and Russia – have pursued relations not only with the Gulf monarchies, but also with Iran, and to a lesser degree Iraq.

This is important because the perception of a transitioning international order is coinciding with a perception that the US commitment to maintaining order in the Gulf has softened.  The Iraq war was a failed attempt by Washington to re-order the Gulf, which ultimately strengthened Iran and intensified regional competition.  The Obama administration’s response to the Arab uprisings heightened the Gulf monarchies’ fear of abandonment and resulted in more assertive regional foreign policies from Saudi Arabia, the UAE, and Qatar.  The Joint Comprehensive Plan of Action was another point of concern; leaders in the GCC were understandably concerned about an attempt to integrate Iran into the global order, all the more so as they were not formally involved in the negotiations.  The Trump administration initially appeared to offer unequivocal support to Saudi Arabia and the UAE in pursuing their vision of Middle East order, but the GCC crisis between the Anti-Terror Quartet (Saudi, UAE, Bahrain and Egypt) and Qatar has ultimately shown a lack of US leadership in the region.

In such an environment there is a strategic opening for these extra-regional powers whose interests in the Gulf have intensified in recent years.  Of these, China has a clearly defined policy in the Belt and Road Initiative (BRI) combined with growing power projection capabilities, pushing it from a regional power to a power with global interests.  Sino-GCC trade has been the foundation of relations, growing from just under $10 billion in 2000 to nearly $115 billion in 2016.  The BRI has taken shape and the Gulf is a key hub in it, linking markets in South and Central Asia to the Middle East, Africa, and Mediterranean.  Importantly, Gulf capital and energy can both be important in BRI projects.  Emirati and Qatari sovereign wealth funds both signed Memorandums of Understanding with their Chinese counterparts to invest in BRI projects, and Saudi Arabia’s  has recently expressed interest as well.  The opening of China’s first overseas base in nearby Djibouti and the potential for Gwadar’s port to also host the Chinese navy is a sign that China’s regional ambitions have transitioned from mostly economic to incorporate strategic considerations as well.

With its Look West policy India too has shown signs of a more robust Gulf presence.  The region’s importance for India had long been limited to the economic sphere, with relations dominated by energy trade and the importance of remittances from its diaspora of over 8 million non-resident Indians in the GCC.  Recent years have seen a shift, with policy increasingly driven by large-scale investment and maritime security issues, underscoring the fact that the Gulf is a strategic region where India must be more actively engaged in protecting its interests.  Former Prime Minister Singh signed a defense cooperation agreement with Saudi Arabia in a 2014 visit to Riyadh.  Prime Minister Modi’s 2015 trip to Abu Dhabi further signaled stronger ties to the Gulf, with the joint communique describing “boundless potential for a natural strategic partnership between India and the UAE.”  India’s $500 million investment in Iran’s Chabahar port is yet another sign of the strategic importance of the Gulf region for New Delhi, both as a means of extending its reach into Central Asia, and in countering Pakistani gains through its cooperation with China in the BRI’s China-Pakistan Economic Corridor.

After a long absence, Russia is also becoming more involved in Middle Eastern affairs, bringing it into more frequent contact with its counterparts in the Gulf.  Although it lacks a policy with the coherence of the BRI or New Delhi’s Look West,  Moscow’s foreign policy in the region is driven by a combination of geopolitical ambitions and domestic concerns that indicate a growing regional presence.  One important factor is Russia’s desire to be considered a global power; active engagement in such a volatile and strategically important region helps in this quest for status.  At the same time, Russian leaders are motivated to attract Gulf investment, coordinate energy prices and policies, and make further gains in a lucrative arms market.  Russia also shares a concern of Islamic extremism with GCC monarchies, creating another avenue for cooperation.  While Russia’s interests in the Gulf are not as developed as India’s or China’s, it is an increasingly important region for Moscow, with Russian analyst Dmitri Trenin describing the broader Middle East as “a key testing ground for Russia’s attempt to return to the global stage.”

What does this mean for order in the Gulf region? It has to be emphasized that none of these countries present a challenge to regional order, and their leaders do not express an interest in replacing the US as the dominant power in the Gulf.  Chinese leaders have repeatedly emphasized the importance of stability in the existing global order, and have said that the BRI is meant to complement rather than challenge the existing order.  India has also been working more closely with the US, and the State Department’s recent adoption of the Indo-Pacific as a strategic approach to Asia indicates this will only continue.  And Russia’s relationships in the Gulf are not deep enough to assume a leadership role, even if anyone in Moscow wanted to.  Leaders in each of these states no doubt want to continue to enjoy the low-cost benefits of US management of the Gulf as long as they can.

At the same time, as their regional interests and positions increase, the need for a stable Gulf order becomes more important.  The perception of an international order in transition has the potential to destabilize the Gulf order if regional actors feel threatened and or vulnerable.  In such an environment, these extra-regional actors may be compelled to pursue a more active Gulf policy, signally the end of hedging and a move towards a more active balancing approach to the region.  When this happens, there is a strong possibility that the Gulf will become a theatre for competition between these rising powers as they navigate change in the global order.

Jonathan Fulton is an Assistant Professor of Political Science in the College of Humanities and Social Sciences at Zayed University, in Abu Dhabi, UAE. He received his PhD in International Relations from the University of Leicester, UK, where his dissertation focused on China’s relations with the Gulf Cooperation Council member states. He has written widely on China-Middle East relations for both academic and popular publications. He is the author of China’s Relations with the Gulf Monarchies (Routledge) and co-editor External Power and the Gulf Monarchies (Routledge).