Indian Perspective of an Independent Kurdish State: Background and Repercussions

Indians and Kurds have cultural connections whereby Hindi and the Kurdish languages have some common words. Interestingly the Kurds celebrated Nowruz (The New Year) with the other Asian cultural communities (Persians, Azeri, Afghani, Pakistani etc.). It is informative to note that in the educational field India is a favourable destination for Kurdish students registering for masters and bachelor degrees. Indeed, the region opened its doors for more than 500 Kurdish students studying in different provinces in India.  In diplomatic terms, India -along with other 20 states- has opened in August 2016 its own Consulate in Erbil. 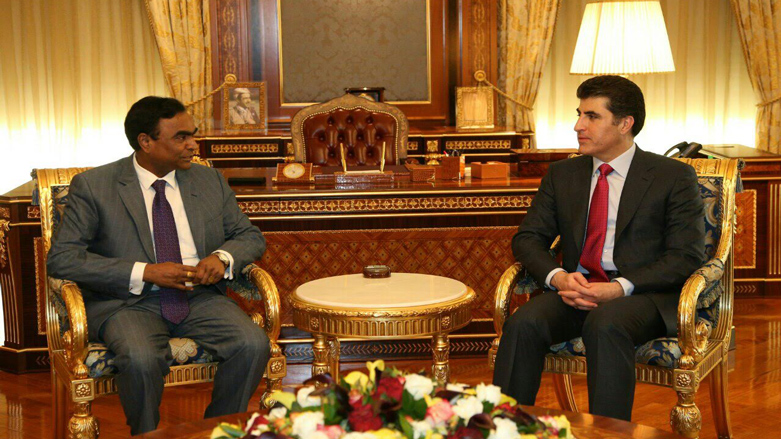 This new diplomatic approach came on the heel of the Kurdish Democratic Party (KDP) welcoming India to the Iraqi northern “Kurdistan” region thus creating advantageous opportunities for India in two prominent domains: Firstly, it enlarged India’s diplomatic network access to a Middle Eastern region hosting more than 8.2 million, and secondly it contributed “to India’s security outreach” in a region facing a critical time in fighting ISIS. Along this line, in 2015 India “launched a diplomatic effort to track down 39 missing construction workers who had reportedly been taken hostage by ISIS.”

At later date, it was known that the Indian workers were killed or deceased by the ISIS. Nevertheless, the KDP has increased its expectation of enlarging the scope of political and economic mutual ties with India. According to Hemin Hawrani a top leader of Kurdish Democratic Party in charge of the party’s international wing, the “reality” of the situation can be characterized in a controversial statement: “the old Iraq is dead. In the future, there may be a confederation between a Kurdish state, a Sunni state, and a Shia state or a partition.” Thus, increasingly India was conceived to be a pertinent partner in the northern Iraqi region.

From this perspective, India has purchased “crude oil” “via Turkish companies and Mumbai based Reliance Industries Ltd in 2007 [and] had invested in two oil blocks in Kurdistan, Rova and Sarta.” A move raising eyebrow in Baghdad associated with a statement: “the region cannot independently trade oil”. This is why more pressures were exerted on foreign oil companies by the central federal authority leading the Indian companies to sell their majority stakes in 2012.

The larger question of India’s response to the Kurdish Independent Referendum has to be taken into full account.  India’s perspective in Iraq is based on a rational – relatively balanced approach as and when it interacts and addresses the roles and interests of both the Kurdistan Regional Government (KRG) and the Iraqi central authority. It is necessarily with the unity of Iraq in similar fashion to the Indian government’s keen interest in preserving Indian unity as the world’s largest integrated democracy with diverse socio-ethnic-cultural minority structures.

Admittedly, the Indian political philosophy has benefited from the national humanitarian vision and thought of their greatest writer, composer and artist Rabindranath Tagore. However, it is acknowledged that India had taken a stock from its painful bloody experience of wars of separation with Pakistan including over the Jammu and Kashmir with all the adverse entailed humanitarian consequences. Currently, India recognizes 645 scheduled Tribes known as (protected indigenous minorities) comprised of about 84.3 million individuals, or 8% of its total national population.  For example, Assam alone comprises over 200 distinct ethnic groupings making the BODO minority a core one within a critical –complex setting. The Indian Vice President Hamid Ansari had conceded that violence, rights abuse and misuse of legislation against minorities are characterized as serious problems.

Nevertheless, Indians assert their motivations to strengthen the unity of their country by all possible means, a matter that Kurds in Iraq should take as an example to follow. If India can provide a relatively good example of a positive integrative model, it is not far the truth that other countries can pursue similar paradigm. Failing to do so will get Iraq and the region into difficult crises with the prospect of further fragmentation among various socio-cultural multilateral communities loom larger than ever.

Another aspect that needs to be appreciated is the need for benefiting from the role of the Indian government in providing smart power capabilities to integrate all the prominent minorities within the structure of Iraqi politics.  In parallel terms, India will benefit as and when the Law of oil and gas passes from the Iraqi Parliament. The prospective occasion will provide the Iraqi northern region with much needed Indian economic investment, whilst enabling India to take advantage from Iraqi oil supplies at a smoother process.

The preferable approach for mitigating India’s problems with the northern – Kurdistan region is through enhancing Indian cooperative – coordinative relations with the regional and extra-regional powers interested in resolving the “Iraqi crises. India’s strategic repercussions are closely related to pacifying and mitigating the regional crises as well as awaiting the final settlement of the Kurdish impasse by a negotiated political settlement.

Currently the Middle East needs a new more effective, stable, and secure inclusive balance of power sponsored by the UN, other great powers, and other civil-society associations’ reformed roles and activities. Though admittedly, it has all have to start from a reconciled peaceful and positively integrated Iraq.

Member of the faculty at the EmiratesCenter for Strategic Studies and Research (ECSSR) in Abu Dhabi since 2000. There he works in the Training Department and in Human Resources. He recently published on the ramifications of Iraqi elections. In the past he conducted extensive research at the ECSSR and has conducted graduate and faculty seminars focusing on the effect of resource scarcity on the Arabian Gulf and the United States. Dr. Shikara, and before joining the ECSSR, served on the Political Science Department at the United Arab Emirates University (1980-1994), as an honorary professor at the Institute of Developing Economies in Japan (1994) and as a research fellow in the Department of Political Studies at the University of Auckland, New Zealand (1996-2000).