As the 10th official summit of the BRICS approaches in Johannesburg, South Africa on July 25-27 there is much to be impressed by. Long gone is the image of the BRICS as the creation of Jim O’Neill and Godman Sachs back in 2001. Instead of a volatile phenomenon, dependent on rates of economic growth, the BRICS has sustained its shape as a club with a significant diplomatic personality. Indeed the fact that at the the 2011 Sanya summit, South Africa joined the club along with China, India, Brazil and Russia is testimony to the recalibration of the BRICS away from the Goldman Sachs model. Not only was South Africa not a member of the original BRICs, South Africa didn’t make it in the second tier Next 11.

To a considerable degree the BRICS manifests the frustration of the most ambitious countries outside of the western-dominated establishment. Their collective concern about status was highly visible prior to the global financial crisis, as viewed by their negative reaction to the attempts of the Western establishment to bring them into outreach processes through the G7/8. The first meeting of the BRICS leaders was in fact an unofficial one on the sidelines of the Toyako G8 summit in 2008. While increasingly interdependent economically with the West, these ‘rising’ countries wanted a more open multipolar system in geo-political terms.

In pushing for change the BRICS benefited originally from a mix of national leadership styles. In the early 2009 and 2010 official summits BRICS had what appeared to be an attractive association with President Luiz Inacio Lula da Silva of Brazil. Russia provided a good deal of the diplomatic heavy lifting, including the link of the RIC (Russia-India-China) idea with the embrace of Brazil, trust building via the United Nations (UN), and the hosting of the first official summit in Yekaterinburg. China, initially stayed in the background, largely in appreciation of the asymmetrical economic heft it enjoyed over its counterparts. For on trade figures alone the BRICS could be called more accurately CRIBS. What China was pivotal in doing was in bringing South Africa into the forum. Joining the club in turn amplified South Africa’s role, although it should be noted that of all the BRICS South Africa faces the most criticism both at home (with protests at the 2013 Durban BRICS summit) and in the rest of Africa (especially by countries such as Nigeria). India, for its part, supplied the early functional leadership in creating the New Development Bank (NDB). 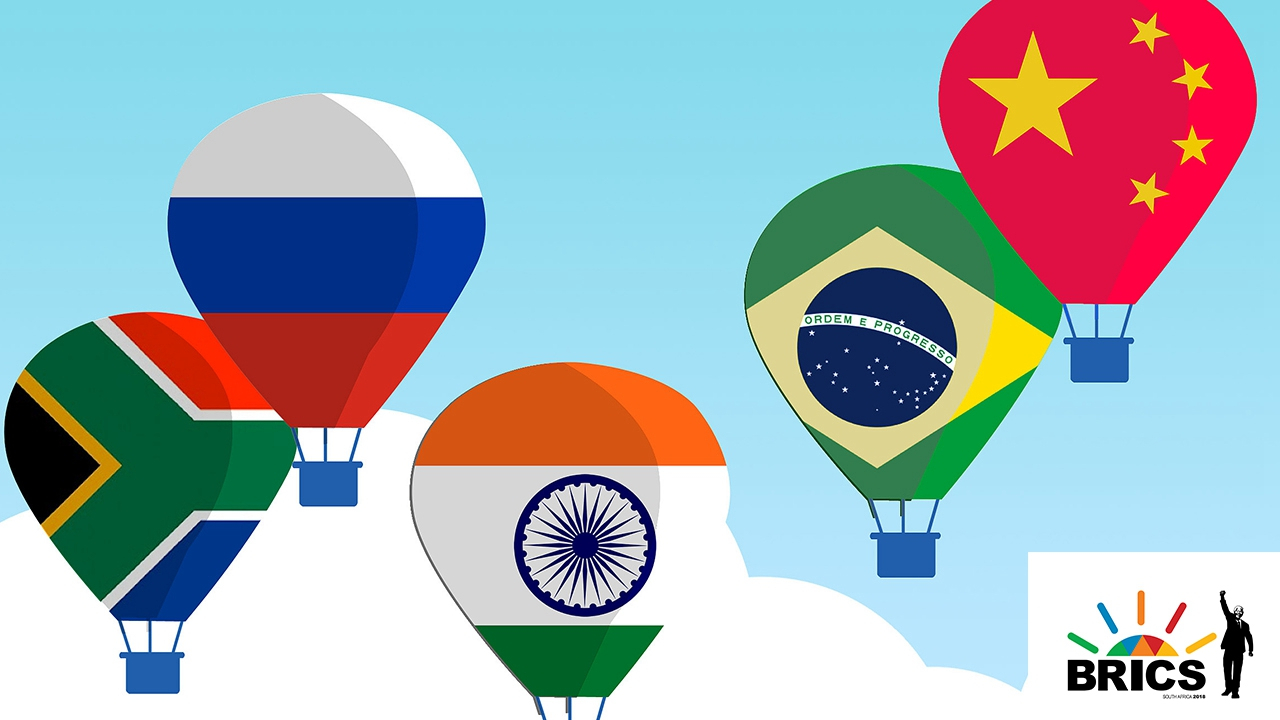 As a club the BRICS played up the commonalities among them and played down their differences. Most notably the BRICS put a great deal of attention on pushing for reform on the International Financial Institutions. Far less attention was paid to the reform of the UN system, reflecting the differences between the legacy P5 members (Russia and China) and the aspirants (India, Brazil, and South Africa).

The consolidation of the BRICS however came up against at least two serious tests. One related to the push for the BRICS to add substance in terms of the creation of the NDB. Established in 2014 the NDB brought to the fore some tensions within the BRICS, above all competition between India and China in working out the operational details. China won out in terms of getting the headquarters of the NDB in Shanghai. India won in keeping to the strict rule of equality notably in terms of capital base. Despite these differences, helped by a first rate management team, the NDB has performed well, with a innovative green brand. Moreover, a regional office of the NDB has opened in South Africa.

The second test threatened to undermine the sense of geo-political solidarity of the BRICS, again with India and China at the core of the controversies. At the 2016 Goa summit the major controversy was Prime Minister Narendra Modi’s call for the BRICS to stand together against the “mothership of terrorism” (in other words, Pakistan). At the 2017 Xiamen summit, preparations were marred by the escalation of tensions around the Doklam standoff. While eventually the issue of territorial claims was papered over, the image of a culture of solidarity within BRICS was eroded.

With these tests in mind, the ‘trade war’ opened by President Trump from a BRICS perspective could be highly valuable. As argued above, the BRICS operates best when it plays up commonalities among its members and plays down their differences. The trade war plays into this shared sense of role performance. If China’s response to the US’s trade actions has grabbed the headlines,  India has raised tariffs on a number of items in retaliation for the US imposing higher levies on some Indian products. Brazil worries about steel tariffs, even as its farmers might benefit from increased agricultural sales to China. A number of South African companies producing steel for the US market, including ArcerlorMittal SA, and Hulamin, a firm that supplies aluminum products for Elon Musk’s Tesla vehicles, also face concerns. And on top of all this is the ongoing issue of sanctions placed on Russia.

There is a clear logic then for the BRICS to try to leverage this situation to their own advantage. Already in the declaratory language towards the 2018 summit, it is the reaction of the BRICS to this “new wave of protectionism” that stands out. South Africa’s Minister of International Relations and Co-operation Lindiwe Sisulu, chairing a recent meeting of foreign ministers, noted that the “The current global geo-political realities make a meeting of this nature not only necessary but timely…We meet in the face of multilateralism under siege: when the integrity of international agreements can be hastily and expediently compromised: when more and more countries take an inward-looking position at the expense of others”.

Still, the question is whether or not the response to the Trump ‘trade war’ will move from words to action, animating more ambitious initiatives on the part of the BRICS. A free trade area (FTA) has been mooted for quite a while without tangible action. Can the BRICS concomitantly implement the road map for trade, economic and investment cooperation before 2020, highlighted at the Xiamen summit?

The issue of whether the BRICS can set up their own credit rating agency is also highly salient. As far back in 2015, Prime Minister Modi of India called upon members of BRICS to begin the BRICS credit rating agency. Since then, there have been discussions at several conferences and forums, but with no sign of an explicit decision.

Will be there signs of a move to open up either the BRICS or the NDB to further members, as a BRICS plus? Significantly, South Africa, among many other activities, has invited countries such as Argentina, Indonesia, Egypt, and Turkey to a BRICS Plus Outreach event. Will this effort, as with the G7/8 initiatives back in the 2000s, prove counter-productive? Or will it build momentum to an expanded club?

Alternatively to this type of bold major initiatives, the BRICS could stick to a more diffuse and low key script. In keeping with the theme of “BRICS in Africa: Collaboration for inclusive Growth and Shared Prosperity in the 4th Industrial Revolution”, this focus certainly could have some substantive if longer term benefits for the African continent. As it is, South Africa has showcased: A working group on peacekeeping; The creation of a vaccine research centre; The creation of the BRICS gender and women forum; The BRICS strategic partnership towards the progress of the Fourth Industrial Revolution; and the establishment of the BRICS Tourism Track of cooperation.

Such a diverse agenda, especially if the deliverables look modest, nonetheless, has risks of its own. Given the geo-political foundations of the BRICS, the dangers of internal rivalry, and the success of the NDB in countering the image of the BRICS as a talking shop, the trade war crisis is an opportunity for the BRICS. It already appears to have reinvigorated the culture of collectivity among the members.  The challenge at the Johannesburg summit of the BRICS is to shift this renewed sense of solidarity into a platform for new instrumental dynamism.

Andrew F. Cooper is Professor at the Balsillie School of International Affairs and the Department of Political Science, University of Waterloo, Canada. From 2003 to 2010 he was the Associate Director and Distinguished Fellow of the Centre for International Governance Innovation (CIGI). His recent books include BRICS VSI, OUP, 2016 and Diplomatic Afterlives, Polity, 2014; as well as co-editor (with Jorge Heine and Ramesh Thakur) of Oxford Handbook of Modern Diplomacy, OUP, 2013;  and (with Alan Alexandroff) of Rising States, Rising Institutions: Challenges for Global Governance, Brookings, 2010. His scholarly publications have appeared in a number of prestigious journals such as International Organization, International Affairs, World Development, Global Policy, Global Governance and International Studies Review.