G20 and Global Development: Challenges for the German Presidency

Beginning with the 2010 Seoul Summit, the G20 has embraced global development as a key concern. On that occasion, the leaders established a Development Working Group (DWG) as part of the Sherpa track. In recent years, the DWG has focused on important issues, such as inclusive business, vocational skills and cost reduction for workers’ remittances. However, the overall impact of such measures has been quite limited. The DWG should not be faulted for this. The reason rather lies in the fact that the G20 has shied away from ensuring overall coherence with global sustainable development. So far, the group has followed a traditional path of fossil-based, resource-intensive growth. It is therefore fair to say that the G20 has contributed little towards shaping a sustainable, inclusive and fair globalization.

Aligning to the 2030 Agenda

This may now be changing, albeit in incremental steps. In response to ever more serious global threats the G20 seems to gradually move towards a new balance of national interest and the global common good. At the 2015 Antalya Summit, leaders committed themselves to the 2030 Agenda for Sustainable Development as overarching normative framework. The subsequent Chinese presidency has enhanced the significance of the Sustainable Development Goals (SDGs) through the 2030 Action Plan adopted at the Hangzhou Summit in September 2016. In a significant move, G20 leaders also expanded the mandate of the Development Working Group. They have charged it with the dual purpose of coordinating all G20 activities on the SDGs while continuing work on development issues in a more narrow sense. The new task embodies “(s)upporting Sherpas to enhance policy coordination and coherence for sustainable  development across relevant G20 tracks and work streams, facilitating  the implementation of the Action Plan and reporting on regular basis to G20 Sherpas” (Annex A of the 2030 Action Plan). 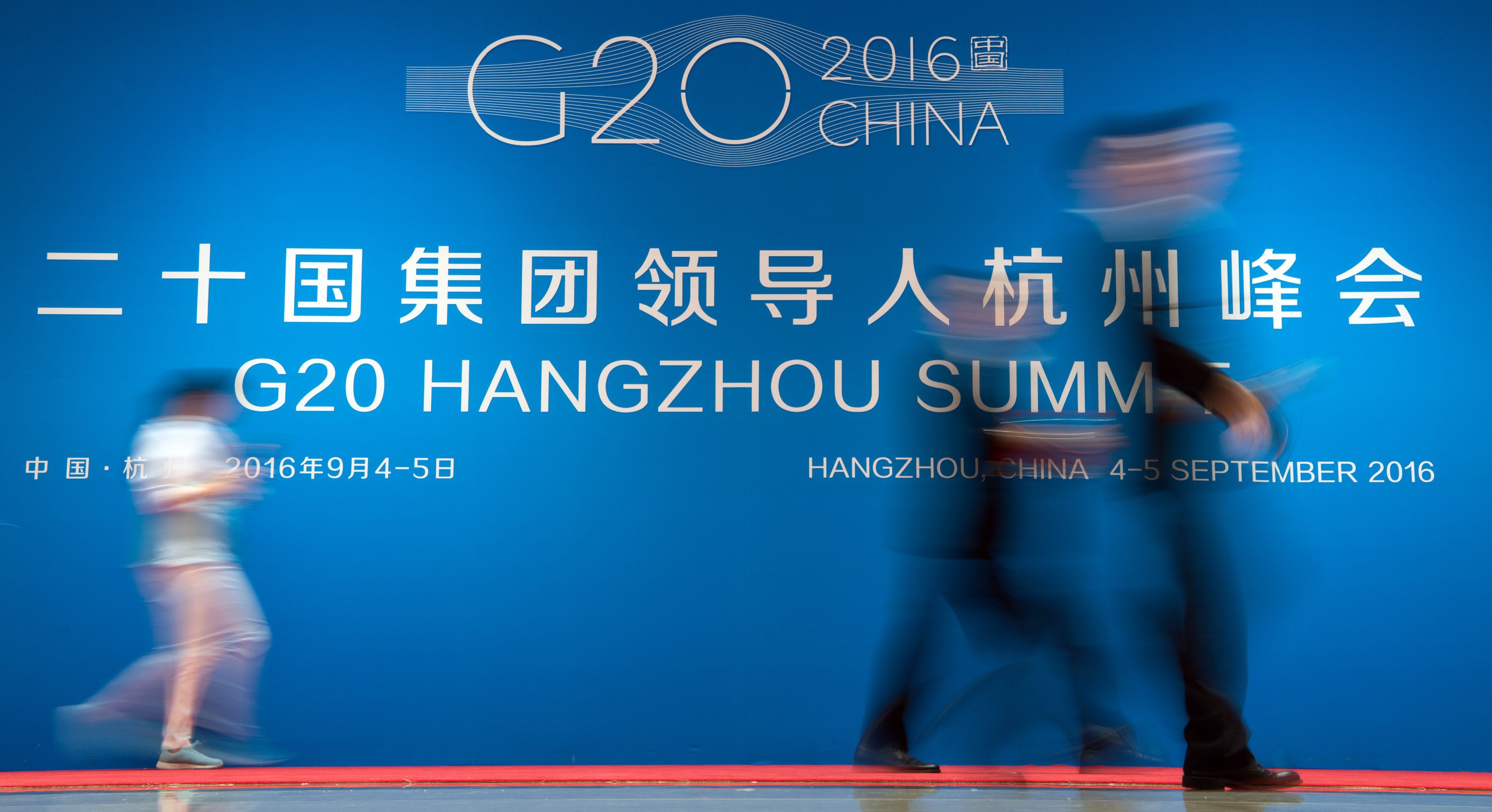 If leaders are really serious about this assignment, the status of the DWG would increase considerably and the scope of its work would widen immensely. Ensuring coherence of G20 policies across all work streams goes much beyond development cooperation in the traditional meaning. It encompasses two more profound dimensions, namely first reshaping global regimes and second domestic transformation within the G20 countries according to the objectives of the 2030 Agenda. It is obvious that the current authority and power of the DWG is no match for such a momentous task. G20 leaders, through their Sherpas, would certainly need to assume direct responsibility for the process side by side with the DWG to guarantee success.

In respect of the 2030 Agenda, Berlin intends to build on the Hangzhou resolutions but still needs to identify a signature approach which would define the German legacy. One possible step could be the introduction of peer reviews among G20 members. Establishing a systematic interface between policy and science in monitoring SDG implementation could become another hallmark of Germany’s presidency.

At a very early stage, the German Sherpa entrusted the German Development Institute and the Kiel Institute for the World Economy to coordinate the international Think 20 (T20) process. Compared to former years, the T20 will play a stronger role in providing policy advice to leaders. The participating think tanks have set up nine task forces, ranging from migration and tax to the 2030 Agenda. These will produce concise policy recommendations which are directly presented to Sherpas. In addition, the inclusiveness of the German-led T20 will reach an unprecedented level through the Managing Global Governance (MGG) Network. A wide range of knowledge institutions from Brazil, China, India, Indonesia, Mexico and South Africa have joined the process through this program funded by the German Ministry for Economic Cooperation and Development. The kickoff conference for the T20 and its task forces takes place in Berlin from 30 November to 02 December. Going beyond the T20 framework, the German government has signalled its determination to engage in serious dialogue with all the G20 engagement groups: science, business, labor, civil society and women.

Chancellor Merkel has publicly announced that the G20’s engagement with Africa represents a key concern of her presidency. Thus, Germany follows in the footsteps of China which introduced the topic “African industrialization” into the G20 debates. Until then, the G20 had shied away from a regional focus in their work with developing countries. A major challenge for Germany will be to convince some reluctant G20 member countries. They question the value of an Africa-centric approach, fearing that it would evolve into a pledging exercise. This would go against G20 principles. The success of any strategic endeavour with Africa will critically depend on getting relevant regional authorities involved at an early stage. A key player in this regard is the African Union which must be the main driver of the initiative and take full ownership. Berlin will also have to meet the internal challenge of amalgamating African projects of different ministries into a coherent concept of high impact potential. 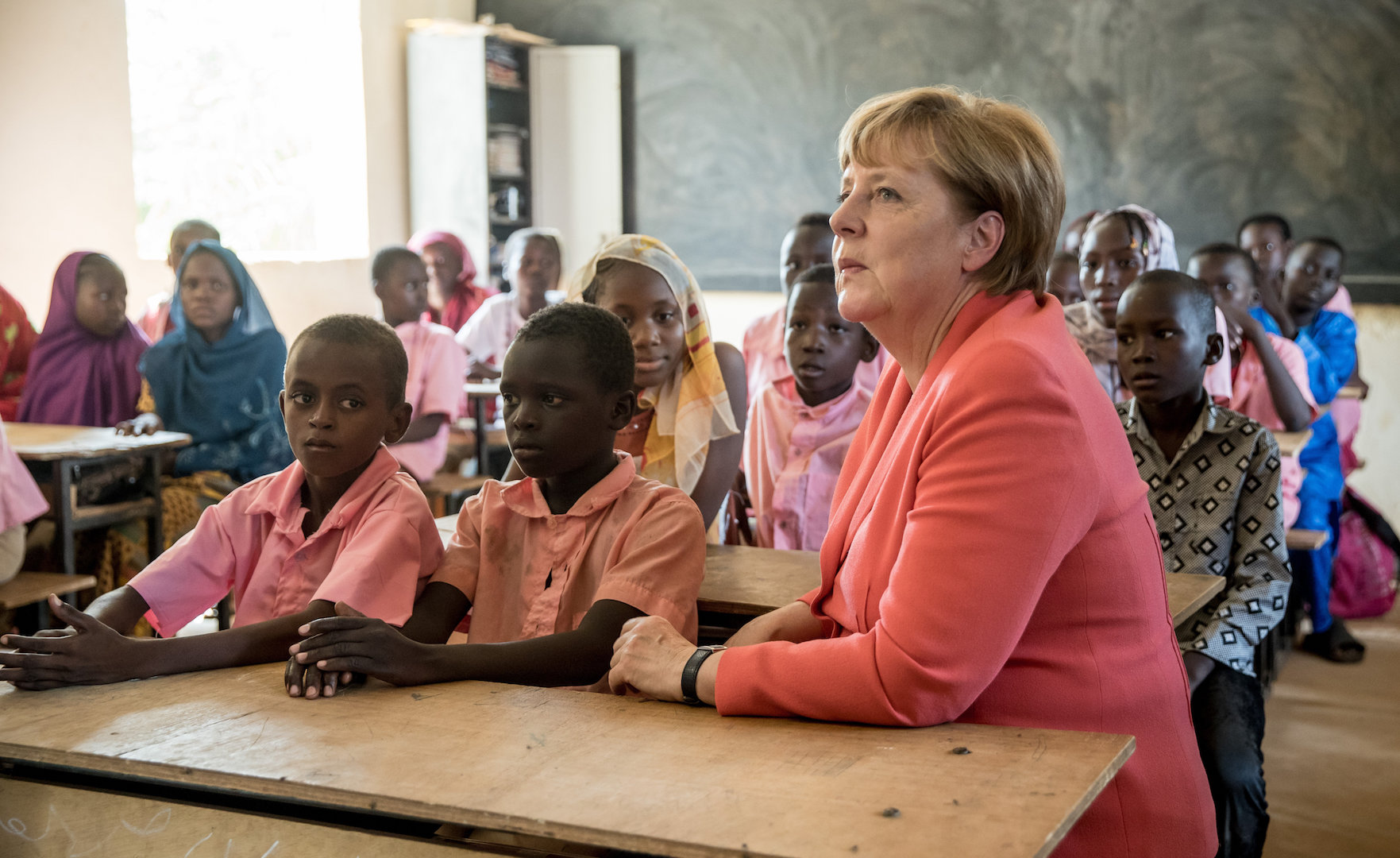 Dialogue between old and “new” donors

The third relevant area of engagement for the German presidency is the facilitation of dialogue between traditional donors from the Organization of Economic Cooperation and Development (OECD) on the one side and the increasingly important providers of South-South cooperation on the other side. In particular, the latter category refers to Brazil, China and India. Presently, Northern and Southern providers do not share a common platform where they could exchange experiences and learn from each other in the field of development cooperation. The “Big Three”, Brazil, China and India, do not participate in the Global Partnership for Effective Development Cooperation (GPEDC) which was established in 2012. They see GPEDC as being dominated by OECD countries, notwithstanding the fact that many developing countries are actively engaged. Crucial Southern providers emphasize the fundamental difference of their support from Northern aid since they believe in non-interference, solidarity and mutual gain. The frequently mentioned alternative to the GPEDC, the United Nations Development Cooperation Forum, lacks adequate political backing and adequate funding.

Up to now, the G20 Development Working Group has shied away from addressing the different philosophy and operational modalities of member countries. One reason for this may be the fear of insurmountable differences which could become a serious stumbling block in pursuing a common agenda on more abstract level. In the light of the enormous challenges related to the 2030 Agenda, some observers think that the time has come for a change of course in the DWG. It is obvious, that many low-income and developing countries need external support in implementing the SDGs. The present state of non-cooperation and even non-communication of the main provider groups fosters distrust and rivalry. Optimal impact for the sake of recipient countries can only be achieved if actors from North and South coordinate their programs and search for complementarity and synergy.

For a rapprochement to come about, Northern and Southern providers would need to observe the following prerequisites. They should not attempt to measure and compare the different concepts, neither with regard to volume nor impact or quality. They must recognize and respect the diversity of Northern and Southern approaches without exerting pressure for adaptation and harmonization. In order to initiate a productive process, the DWG should address sectors without strong political undertones, such as health and education. Knowledge institutions and implementing agencies should become participants in the process of information sharing and mutual learning. This might eventually lead to a new quality of joint programs and trilateral cooperation. The Managing Global Governance (MGG) Network mentioned above has accumulated a successful track record in this regard over the last ten years.

Germany is generally considered as a trusted partner in global development. The G20 presidency offers unique opportunities for the country to strengthen its leadership role in implementing the 2030 Agenda and promote global sustainable transformation. Therefore, the German presidency could concentrate on moving G20 efforts for SDG implementation to a new level, creating a new partnership with Africa and overcoming the mutual distrust of Northern and Southern providers.

Thomas Fues, trained as an economist, has been with German Development Institute as Senior Researcher since 2004. His main research interests include global governance, rising powers, United Nations and international development cooperation. In addition to his research tasks, Dr. Fues heads the training department at the German Development Institute. In previous stages of his career he worked for the German parliament, the Institute of Peace and Development (University Duisburg-Essen), the government of North Rhine Westphalia, the German Advisory Council on Global Change and as a free-lance consultant.