The new definitions of power as a term of international relations appeared in the 21th century. While the West feels uneasy about the rise of China, in the last quarter of 2017 Western academia added a new term to define China besides “soft power” and “hard power” and began to call the country as “sharp power”. Unlike hard power, soft power and smart power, sharp power is called a term that helps the authoritarian regimes (such as China and Russia) to strengthen their visions and thoughts abroad.1

It is apparent that the rise of China sparks a huge reaction from the West. NED (National Endowment for Democracy), a research center in the US reporting soft power of countries and balance of penetration into societies, touched upon this point in the report “From ‘Soft Power’ to ‘Sharp Power’: Rising Authoritarian Influence in the Democratic World. It is stated in the report that this authoritarian regime (namely China) systematically suppresses political pluralism and free thought and it will enforce the same principles on a global aspect unless the US and other democratic countries take necessary measures. Actually, China’s initiatives should be analyzed to make sense of the reasons underlying these judgments. 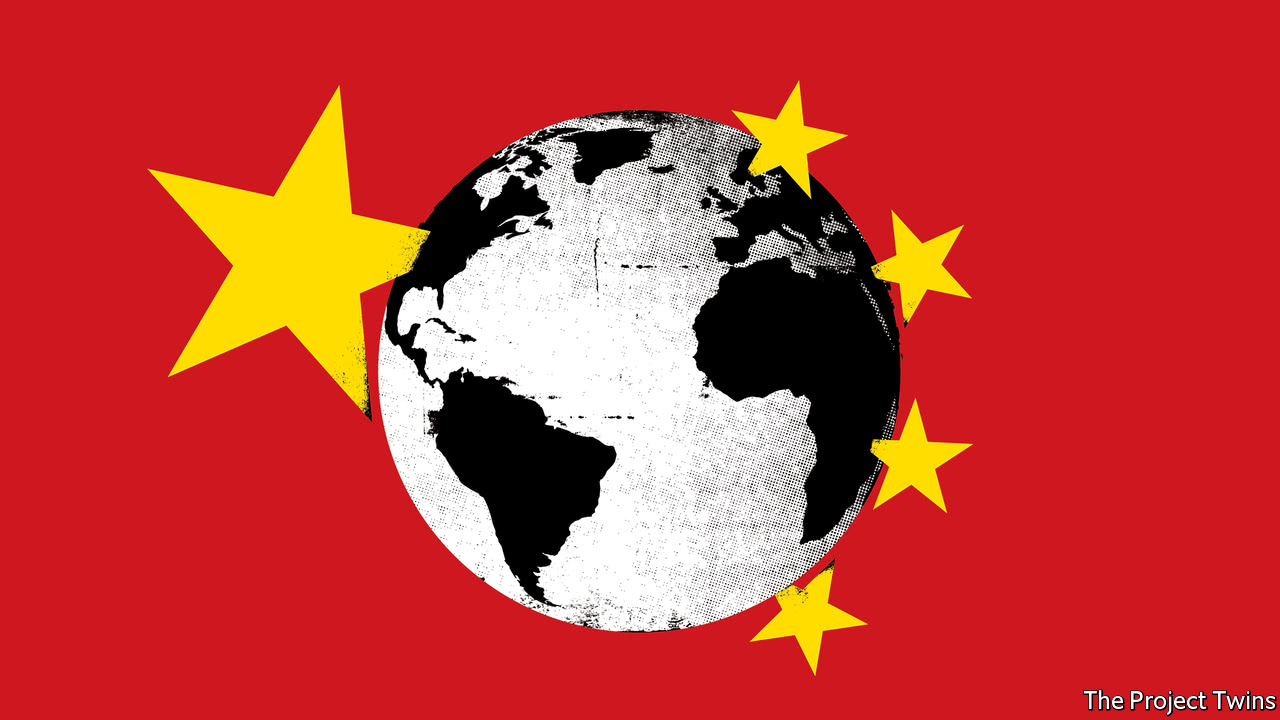 China’s rise as a re-emerging power in the world again is an incidence that Chinese regime can smartly manipulate and favour that for their particular interest. China became an alternative source of investment for developing countries thanks to its “overseas expansion” strategy. China’s first contact with these countries was the result of this strategy. Especially global financial crisis of 2008 enabled China to develop this strategy further. For example, Chinese government declared the first foreign policy paper (white paper) which outlines the investments in Latin America and the Caribbean in that year. Subsequently, the second foreign policy paper was declared for Asia-Pacific Economic Cooperation in 2016 when the President Xi Jinping visited Peru and Lima.

China is a strong global actor having the largest population and second largest economy in the world. It is also one of the countries which make most investments on the modernization of their army. While US President Trump declared that he would focus on “hard power” early in his first year in office, China gradually stood out as the leader of globalization and economic integration. By doing this, China may point out a more influential global leadership. It tries to achieve this goal by doubling its soft power and using its influence on countries as far as it takes.

Although the academic studies on the significance of soft power go back to the end of 1990s in China, it was declared as government policy in the 17th National Congress of Communist Party of China in 2007. Former Chinese president, Hu Jintao stated that “regeneration of Chinese community will be accompanied by successfully developing Chinese culture.” By giving prominence to culture, he reinforced China’s goals such as enabling peaceful development and a coherent society. At that time since these ideas were based on opposing Western values, China’s existence was seen as a threat to global order.

The current government under Hu’s successor Xi Jinping makes effort to keep “Chinese Dream” alive by spending 10 billion dollars every year on sustaining China’s soft power. And, as this government gives priority to cooperate with Asia and Eurasia, it abstains from integrating with the West.

On the other hand, China tries to export its developmental approach which will save millions of Chinese people from poverty. “One Belt One Road project (OBOR)” seen as a crucial tool of soft power by Chinese leaders can both significantly enhance the influence of China in the region and trigger the economical dimensions in the country. This global initiative (OBOR) seen as “Marshall Plan of 21th century” starting from Eurasian line and forming financial, commercial, logistics, communications, infrastructure and cultural networks dominated by the West has become a concrete project that clearly indicates China’s aggressive and ultimate way of expansion.

It must be underlined that big changes of power are taking place in the 21th century. Trump sends complicated signals to the world about his plans to deal with China. He kept accusing China especially on manipulating the value of their currencies during his presidential campaign and promised that he would punish China through various taxes and take a step towards a trade war. He formally confirmed that with the National Security Strategy he declared in December. This new strategy indicates that the route for a detrimental trade war between two biggest economies has been mapped out. Right after Trump declared the new strategy, Chinese Foreign Ministry Spokesperson warned that the US should give up outdated cold-war mentality and zero-sum game mindset, which distorts China’s policies, otherwise this will damage only the US itself.

On the other hand, as it is remembered that China and Russia felt uncomfortable when the US began to exist as a military power in the Pacific by deploying THAAD missile system in South Korea in November 2016 and they took a common stance on the issue. Additionally, one of the experts on security, former Chinese commander, Wang Hongguang caused public indignation with his statements in Global Times in the second week of December. He stated “the war on the Korean Peninsula might break out any time between now and March next year and China should make military cooperation with Russia”. These statements reinforced rumors that these two countries may form an alliance in the peninsula against the US. On the other hand, Denis Mercier, one of the supreme commanders of NATO gave a warning in Atlantic Council (a think-tank in conjunction with NATO) that global military force has slipped from the West alliance to Russia and China. By stating that this may lead to a global conflict, he reinforced the probability of Russian-Chinese military alliance against the West. Actually, the statements of a General from NATO might be seen as a support to the Strategic Foresight Report2 for 2017 by NATO. This formal NATO report was prepared under the presidency of Denis and China using both hard and soft power for its political goals and the resurgence of Russia in Eastern Europe are seen as a serious threat in the report.

In addition to all these points, shifting balance of power was also documented in 2012 with a striking map by McKinsey analysts using data from Groningen University. The map shows that the world’s economic center of gravity has shifted.

When we look at the map, we see that the center of gravity shifted from Atlantic to America following the Second World War. Afterwards, it was in the western part of northern hemisphere between 1960-1990. However, in 2000s there has been an unprecedented shift and the gravity shifted towards China.3

In conclusion, military and economic data reveals that there is a shift of power. As stated in the book Is the American Century Over? By Joseph Nye, power shifts from the West to the East. This may also be called as the resurgence of the Asia. When we look back to 1800s, we see that more than half of world population lived in Asia and more than half of total production around the world was taking place in this region. In 1900s Asia was still home to over half of world population but only one fifth of total production was taking place in Asia. So, what has changed? The West turned into a great production farm and began to dominate world production. It keeps dominating the area by having China and India produce goods and clearly shows that it has no thought of giving up this position by pointing China as a new threat.

The US has been the dominant figure in a multipolar world so far. However, as we see in the resurgence of China, it is apparent that alternative centers of power gradually expand. As we witness all these changes, we also see that people are gradually bound to each other due to technological developments. We have responsibility to each other. For example, it is not a coincidence that all markets around the world are affected when Lehman Brothers collapsed in 2008. Therefore, the growth or to be more precise, the resurgence of China seen as a threat by the West will have a global impact. It must be stated that if you are multi-polar power such as China and the US, having the ability of balancing effectively helps you. Therefore,  if the US (the West) and China give up creating war scenarios and balance each other, global problems such as terror, climate change, epidemics, economic crisis, etc. can be tackled more effectively. There is no other choice other than the cooperation of great powers in the 21th century. In other words, when we address the issue of power in the 21th century, we should bear in mind it is not always harmful when other party has power. For example, if China has enough power to cope with carbon emission problems and succeed in energy safety, this may be great for all of us. So, we cannot say it is harmful.

As power exists, so will the wars. If ineffective diplomats and presidents prefer the easier way and “make war” without knowing how to blend soft power and hard power, we will keep witnessing societies drawn unwillingly into wars.

Elif Selin Calik is journalist and independent researcher. She took part as one of the founder of In-Depth News Department on Anadolu Agency. She hold BSc in International Relations and Literature at Ankara and Selcuk University and MA in Cultural Studies at International University of Sarajevo. She gets her second MA in Global Diplomacy at SOAS, University of London.